introduction of TYA in Japan by Asaya Fujita 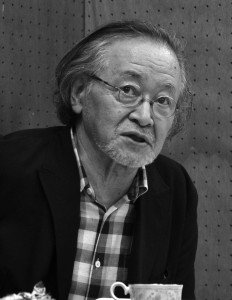 Japan is considered as a country of traditional theatre. Certainly, Noh and Kyogen has 600 years of history and Kabuki has 400 years of history. But there was no performing arts for children in these art forms. . There were children as characters in the plays but they were usually those getting killed as a substitute for a master’s child, and those sacrificed to the slave trade, and nobody had imagined children being part of the audiences. There was such a thing called “Children’s Kabuki” but it was simply an imitation of Kabuki played by adults and was not for children to watch. In short, it was not considered that children would need culture in the form of performing arts.

About 110 years ago, the first performing arts for children was born. It was when Japan discovered theatre in Europe that portrayed the present age after it had opened the country after a long period of national insolation. Following the European model, the Japanese built modern theatres, started using actresses, who were never seen in the traditional theatre, and attempted to do a play with only words and without music. And among them, there was the first attempt to make a play to show to children. In 1903, Sazanami Iwaya, a pioneer of modern Japanese young adultliterature, produced, in Tokyo, “Otogi Shibai”, a fairy play with the cooperation of Otojiro Kawakami, an actor and his wife, Sadayako.. The performance consisted of two plays – “The Gay Fiddle” and “The Judgment of the Fox” – produced right after these three came back from Europe where they saw, for the first time, theatre for children. This was a manifestation of their will to establish culture for children in Japan as well.

But it has not been a level course over the last 110 years since its birth to present. Japan was a country where the Minister of Education and Culture had prohibited school plays, saying ‘it’s outrageous for schoolchildren to act powdering their faces’. It was because this country had a long history that theatre practitioners had been discriminated against, being branded as sub-human; therefore, it was very difficult to place theatre in education. But a handful of theatre practitioners kept creating plays for children and a handful of teachers kept insisting on the fulfilling role of theatre in education and practicing it.

To earn freedom to watch theatre and to act, Japanese children had to wait until 1945 when the fascist government collapsed due to the defeat.

When Japan recovered from confusion after the defeat, one of the things that changed from the time before the war was culture for children. As for the performing arts, Japan had characteristics different from Europe and America which were supposed to be the models. One of the characteristics was that all the theatre companies did not have their own theatres. So, the artists cooperated with schoolteachers and made a gymnasium into a theatre. This style – theatre artists creating an extraordinary piece of theatre in an ordinary space of a gymnasium has resulted in creating ‘gymnasium theatre’, which is peculiar to Japan. Also, for the companies that do not have their own theatres, audience organizations were founded, spreading all over Japan. These organizations of parents called ‘Oyako Gekijo (Parent and Child Theatre)’ and ‘Kodomo Gekijo (Children Theatre)’, were founded in the chief cities of Japan, and they made opportunities for members to watch plays a few times in a year and created various other cultural activities. Supported by the school theatre program and the audience organizations, TYA in Japan was able to develop without having their own theatres. In the heyday of TYA there were almost 200 theatre companies. .

But at present, TYA in Japan is facing a new problem. The number of audiences decreased to 25% of the heyday at elementary schools, to 17% at junior high schools, and to 13% at the audience organizations. This is because of the dwindling birthrate. But it is unthinkable that the population of children has decreased in the same percentages stated above. The problem is in the system where the expenses for a performance come from by the membership fees paid by the children as well as entrance fees. At schools and organizations with a small number of children, a company cannot perform without losing money, so . naturally, no company will perform at those schools and organization. In other words, 75% of children at elementary schools, 83% at junior high schools and, 87% at the organizations have been abandoned by us because of financial circumstances. In order to solve this big problem and for children to enjoy the benefits of performing arts, it is necessary to construct a new system including consideration of expansion of public subsidies. We, who are involved in TYA in Japan, are now seriously tackling the task.